The number of devices from iOS 11 reached 76%

Operating system iOS 11 is currently installed on 76% of all active supported devices. 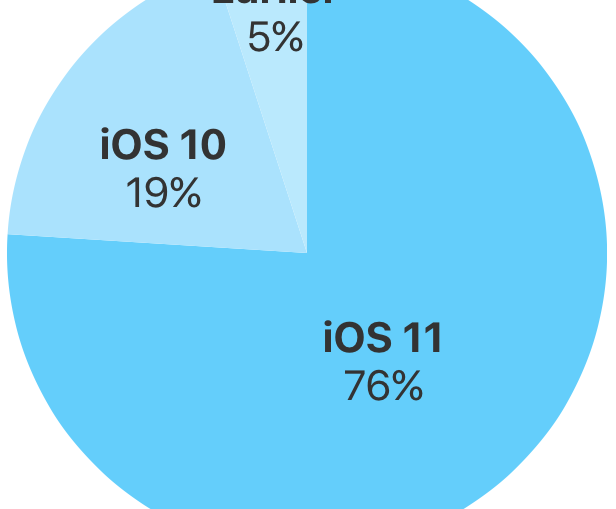 The new data was published at App Store on April 22nd and is now available to developers today. On iOS 10, 10% of active devices continue to work, while older versions are installed on only 5% of devices that do not support iOS 11.

As of January 18 this year iOS 11 were installed on 65% of active devices, i.e. the number has grown by 11% over the past three months. This was probably aided by the release of versions iOS 11.2 in December and iOS 11.3 in March.