At its presentation, on September 7, at Graham Bell Civic Auditorium, Apple presented a new generation of smartwatches – Apple Watch 2. The gadget received several major changes. The most important thing that has appeared in the new watch: By design, “old” does not differ significantly from “new”. An interesting innovation is complete water resistance. If the previous version of the watch was protected only from accidental splashes, then the new watch can be taken with you, for example, in the pool. 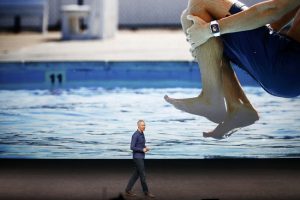 Apple said that it was especially difficult to close the external speaker of the device from water. They found a very strange way – the speaker will literally spit out water. According to the apple company, with the watch it will be possible to dive to a depth of 50 meters.

The collaboration Apple with Nike also seemed particularly interesting. An additional version Apple Watch Nike Edition will be presented to buyers. According to Nike, the watch will motivate the wearer to go for a running workout. 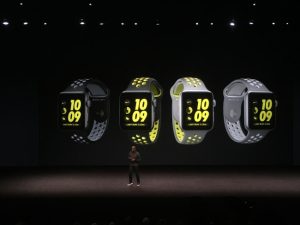 The sales start date Apple Watch 2 in the US is September 16. It will be possible to pre-order three days before. Only two types of watches will be available for purchase. Device prices: Apple Watch 2 – $ 369 and Apple Watch 2: Nike edition $ 269.

It was also stated that all previous models Apple Watch will be updated and sold again. Here are the official statements Apple, also about prices in Russia: